Mr Ilkin Bananyarli from PLUTA Rechtsanwalts GmbH, insolvency administrator for the Rexer Group, has recorded another success in the proceedings for the Baden-Württemberg bus company. Effective 1 August 2020, Omnibus-Verkehr Ruoff GmbH (OVR) from Waiblingen will take over the bus service in the Heilbronn district. All 22 employees will be kept on and the present connections will be seamlessly continued with the existing buses.

“It is very good news that there is now certainty around the local public transport network in the Heilbronn district for the foreseeable future and that all jobs will be saved. The negotiations with each party involved were constructive,” said PLUTA restructuring expert Mr Bananyarli. The bus service will be operated by OVR for all of the remaining term of the tendered routes, which amounts to eight years. The investor will also take on all of Rexer’s related local subcontracts.

OVR already operates regular and other services in Albstadt, Backnang, Hemmingen, Neuenstadt and Waiblingen. The company was founded as Omnibus-Verkehr Ruoff GmbH (OVR) in 1926. Today, Omnibus-Verkehr Ruoff GmbH is part of the well-known transport company Transdev GmbH. Based in Berlin, Transdev GmbH is Germany’s largest private mobility provider, with some 7,350 employees and sales revenues of more than one billion euros. It is part of the global Transdev Group, a leading international mobility service provider based in Paris with currently 85,000 employees in 18 countries and shareholders Caisse des Dépôts and the family-run RETHMANN Group.

“Our company has a long history in this area. We already operate services in Neuenstadt am Kocher in the northern part of the Heilbronn district. Thanks to the agreement that has now been reached, we will be able to further expand our offering here in the region. And we are delighted about that,” said OVR managing director Mr Horst Windeisen.

Process of finding an investor for Calw continues

Mr Bananyarli has also had some success in another district in which the Rexer Group operates. In spring 2020, he achieved a negotiated solution in Esslingen under the terms of which Rexer will continue to operate its present routes. This continuation of the service means that emergency operations and the reallocation of tendered routes will be avoided and there will be no disruption to passengers. The Rexer Group will continue to operate the public bus service until the end of 2020. After that, Städtischer Verkehrsbetrieb Esslingen (SVE) will cover all bus routes and take on the Rexer employees. The jobs of the employees in Esslingen have therefore also been saved.

The other services operated by the Rexer Group, especially those in the Calw district and Nagold metropolitan area, are currently running without restrictions, although with additional hygiene measures in place. The contract for the bus routes in Calw expired in late July 2020 and has been put out to tender again for the period from 1 January 2021. Insolvency administrator Mr Bananyarli has agreed with the Calw district that the services will be continued to the end of the year under an emergency arrangement. Mr Bananyarli and his PLUTA team, which includes attorney Mr Heinz-Joachim Hombach and business management expert Mr Jochen Glück, are holding further discussions with possible investors with the aim of securing a long-term solution for the employees and bus operation from 2021 onwards as well.

The local court opened insolvency proceedings for the Rexer Group’s assets in autumn 2019. Restructuring expert Mr Ilkin Bananyarli from PLUTA Rechtsanwalts GmbH was appointed insolvency administrator, having previously acted as provisional administrator for the group. The group consisting of five companies operates a major part of the local public transport network in the districts of Calw, Esslingen and Heilbronn in the federal state of Baden-Württemberg. 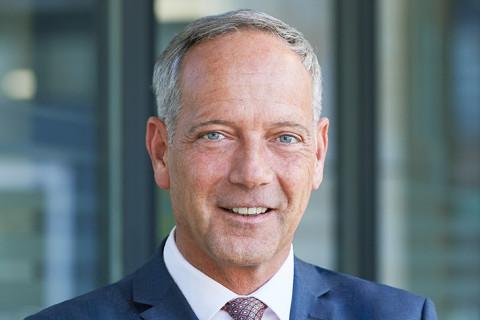