The insolvency proceedings for DEGIA Berlin GmbH (formerly DEG Deutsche Energie GmbH) have been opened on 1 June 2019. The insolvency administrator Mr Michael Pluta will launch the official claim filing phase for creditors in the coming days, which will involve a very simple electronic claim filing process.

Together with his team, Mr Pluta has completed the extensive preparations required to implement this process over the past few weeks.

In June, the parties (creditors and debtors) will receive a specific proposal by post relating to claims filing together with all information regarding the insolvency proceedings and the steps to be taken. The creditors will be able to file their claims via the Internet by simply confirming the proposed amount to be included in the insolvency schedule without having to provide any further evidence, which is otherwise necessary.

To this end, during recent weeks, the persons responsible have, as part of a time-consuming process, summed up the relevant items and developed the portal required for filing the claims electronically. Every customer or network operator will be able to see, on the basis of the documents sent by PLUTA, how the total amount proposed was calculated. They then have to file an application for inclusion of the total amount in the insolvency schedule via the new portal or, where applicable, pay that amount. Only a few creditors, such as public authorities or health insurance funds are required to file their claims in the usual way in writing.

A simplified claim filing process for high number of creditors

The PLUTA restructuring team, which also includes the business management expert Ms Martina Hengartner, has already implemented this simplified claim filing method with success in the proceedings for the electricity and gas provider EnerGen Süd. In this case, around 20,000 creditors were also able to file their claims using this simplified process. The majority of creditors took advantage of this option.

In the case at hand for DEGIA Berlin (formerly DEG Deutsche Energie GmbH), the PLUTA experts expect that claims will be filed by more than 20,000 creditors.

“This simplified claim filing process enables us to reduce the costs of the proceedings significantly. Creditors also benefit from this process because it increases the recovery rate. We currently anticipate a recovery rate of possibly up to 20 percent. This is very high – the average level is in the single-digit range,” explained the restructuring expert Mr Michael Pluta.

Insolvency proceedings not affected by the new company name

The company, whose current name is DEGIA Berlin GmbH, has its headquarters in Berlin although its postal address has not changed and remains in Erlenbach; previously, its name was DEG Deutsche Energie GmbH and its headquarters were in Erlenbach. The insolvency proceedings are not in any way affected by the change in name.

The network operators had cancelled the balancing groups in December as a result of which customers were no longer supplied with energy.

Members of the staff of DEGIA Berlin GmbH (formerly DEG Deutsche Energie GmbH) continue to be available at the Erlenbach site for liquidation work and to answer any questions relating to billing, as in the past, thus considerably supporting the proceedings. 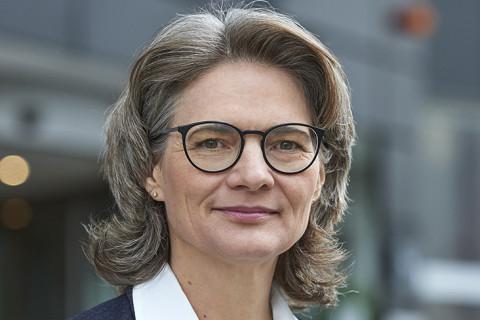