Restructuring expert Michael Pluta to pay first dividend of 24.5% to creditors of DEGIA

In the insolvency proceedings for DEGIA Berlin GmbH (formerly known as DEG Deutsche Energie GmbH), administrator Mr Michael Pluta from PLUTA Rechtsanwalts GmbH will distribute an initial payment of more than 60 million euros to creditors. This corresponds to a dividend of 24.5% and is expected to be paid out before the end of this year.

Overall, there are recognised claims from over 10,600 creditors in the proceedings for the electricity and gas supplier. These mainly involve customers, grid operators and public authorities. DEG supplied electricity and gas to more than 53,000 customers in 2018, before entering insolvency towards the end of that year. On 1 June 2019, the Local Court of Heilbronn opened the insolvency proceedings and appointed Mr Michael Pluta as insolvency administrator, having previously made him provisional administrator.

This means that the PLUTA team can make an initial payment within just two-and-a-half years of the insolvency proceedings being opened – a very short timeframe in such large proceedings with so many parties involved. This has been particularly facilitated by the very intuitive electronic process for creditors during claim registration. The creditors were able to file their claims via the Internet by simply confirming the proposed amount to be included in the insolvency schedule without having to provide any further evidence, which would otherwise have been necessary.

Restructuring expert Mr Michael Pluta explained, “We have reviewed all relevant transactions over the past two years and worked very efficiently at the same time. We have therefore been able to reject unjustified claims in the millions while also asserting claims, thereby considerably increasing the recovery rate.”

Of around 13,000 registered claims, the insolvency administrator and his team disputed unjustified claims and claims for damages in the high tens of millions from around 2,500 creditors. The PLUTA team also asserted claims from around 11,000 outstanding trade receivable items, thereby increasing the insolvency estate. Furthermore, some of the company’s investments and financial assets were successfully disposed of and claims brought to contest debtor transactions were asserted.

The PLUTA team expects it will be possible to conclude the proceedings in 2022. There should also be a further payment next year, which may well put the recovery rate over 30%.

Attorney Mr Michael Pluta is receiving significant support during the proceedings from business management expert and tax consultant Ms Martina Hengartner. At peak times, there have been up to 20 PLUTA employees working on the proceedings. The team also includes two employees of DEGIA Berlin GmbH whose task is to support the insolvency administration process. 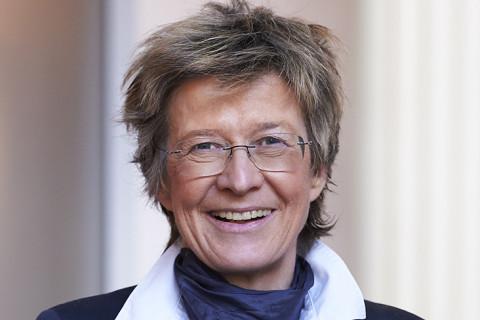