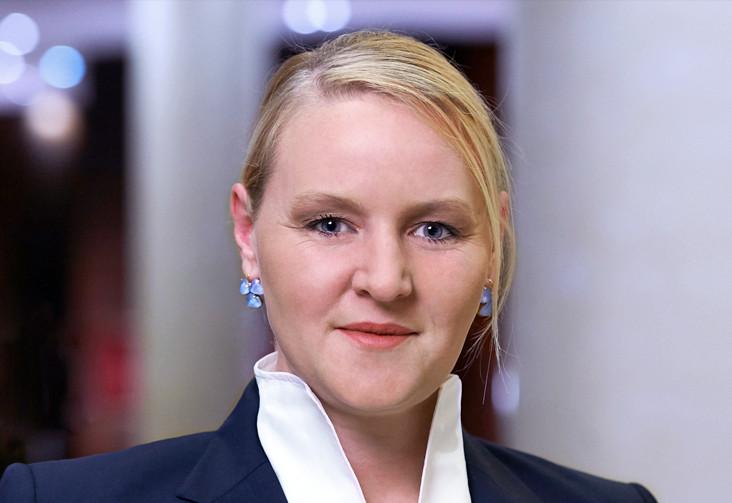 Mrs. Karlström studied law from 2003 to 2008 at the Westfälische Wilhelms-Universität Münster. After earning her LL.M. degree from Bristol University of the West of England, she completed her legal traineeship in Münster and was admitted to the bar in 2011 as a lawyer.

Initially, Mrs. Karlström worked for an international commercial law firm in Düsseldorf in the field of credit and collateral law as well as insolvency law. Mrs Karlström represented private banks and building societies in both judicial and extrajudicial ways in defense and enforcement of civil law claims. In 2016, she joined the legal department of a private bank.

Since 2018 Mrs Karlström has been working as a lawyer for PLUTA Rechtsanwalts GmbH.

Lecturer at the IHK Düsseldorf

University of the West of England, Master of Laws (International Economic Law)