Good news for creditors of Aggregare Bauträger und Beteiligungs GmbH: business administration expert Ms Johanna Kienzerle from PLUTA Rechtsanwalts GmbH, responsible for debtor-in-possession management as chief restructuring officer, has been able to successfully conclude the construction project and pay out a higher-than-average recovery rate of around 41% to creditors. The court has approved the final report and the proceedings will soon be terminated. Dr Klaus Tappmeier of law firm Tappmeier Rechtsanwälte based in Ulm, who was appointed insolvency monitor, oversaw the debtor-in-possession proceedings in the interest of the creditors.

The business purpose of Aggregare Bauträger und Beteiligungs GmbH was a property development on Proviantbachstraße (textile district redevelopment area) in Augsburg. There were cost overruns during the construction phase. The buyers received the keys to the apartments in 2014 and early 2015. The company faced significant claims for damages due to multiple defects in the common property. Accordingly, Aggregare Bauträger und Beteiligungs GmbH had to file for insolvency in autumn 2015. The Local Court of Neu-Ulm opened the debtor-in-possession proceedings in December 2015. The in-court restructuring proceedings ensured that the construction work could continue.

Ms Johanna Kienzerle said, “We carried out and completed the necessary construction work under debtor-in-possession management. The proceedings were not easy, as many outstanding elements had to be clarified, including fire safety in the course of the proceedings. Ultimately, we were able to enable full usage by completing all five refurbished apartment blocks with a total of 96 apartments, the garage with 112 parking spaces and the landscaping in its entirety, while observing the terms of the renovation agreement with the city of Augsburg.”

Mr Klaus Tappmeier stated, “We succeeded right at the start of the proceedings in setting a course for the successful conclusion of the construction work with a completion agreement between the homeowner association, financing bank and those responsible for the debtor-in-possession management. All parties involved established common ground. The completion of the construction project is a major success of the debtor-in-possession proceedings. This is not only good news for the homeowners, but also prevents claims for damages, which in turn has enabled a high recovery rate for the remaining creditors.”

The outdoor balconies closed to usage at the time the company filed for insolvency has been structurally upgraded, the staircases in a shell state have been completed and twelve external lifts have been installed. Approximately 26,000 cubic metres of contaminated soil of different hazard classes at the site also had to be replaced. Furthermore, PLUTA expert Ms Kienzerle found a solution with all involved for the underground parking facility. Due to its size, separate exits and entrances are required on fire safety grounds. A second access ramp to the underground car park received the required approval thanks to the necessary agreements with the adjacent neighbours, paving the way for a solution here also. Building fire safety was another important topic. With the help of an expert, it was possible to produce the confirmations required by government agencies in accordance with the fire protection certificates associated with the planning permission.

In spite of the tremendous challenges, Ms Kienzerle has achieved the best possible outcome for the apartment owners, who were among the creditors in the proceedings. Overall, every creditor will benefit from the successful debtor-in-possession proceedings. Given the complexity, a high recovery rate in the mid-double figures is very rarely achieved for a property developer insolvency. 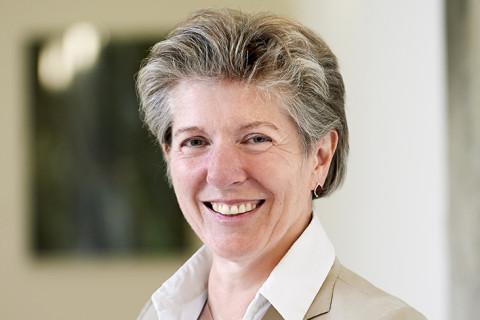