Creditors have unanimously approved the insolvency plan for ZIM Flugsitz GmbH during a meeting held in the Bodenseeforum events centre in Constance. The restructuring process for the aircraft seat manufacturer has thus been completed. All jobs at the company’s main site in Markdorf have been saved, while, as announced in September, the production site in Schwerin has been downsized.

The company introduced groundbreaking optimisations and further developments during the restructuring process. Management expects the debtor-in-possession insolvency proceedings to probably be completed at the end of December 2020. “This will be an important step, because it will allow us to once again participate in tenders on an equal footing with other players in this market, which has been so strongly affected by the COVID-19 crisis,” said ZIM managing director Mr Heiko Fricke, who leads the company together with Mr Raffael Rogg.

ZIM Flugsitz GmbH, which has been engaged in debtor-in-possession proceedings since July 2020, has taken comprehensive restructuring steps over recent months. The company already moved in summer to implement an efficiency programme, including considerable cost-cutting measures, at the main site in Markdorf in the federal state of Baden-Württemberg. Moreover, processes have been optimised in Markdorf with the aim of boosting efficiency and contracts with key customers have been renegotiated. The company has continued to pursue advancements in product technology during the proceedings, especially retrofit solutions required to equip used aircraft with new seats, which will become increasingly important in the coming years. ZIM has also forged ahead with the development of a new generation of premium economy aircraft seats, which will probably be introduced to the market in mid-2021.

Managing director Mr Heiko Fricke explained: “We have implemented comprehensive restructuring measures over recent months and adapted our capacity in line with the effects of the coronavirus crisis on the aviation industry. Our company is now well prepared for the future.” ZIM has a workforce of about 150 employees in Germany, 130 of whom work in Markdorf.

The company’s social plan negotiations for its Schwerin site were already concluded in October. A transfer company has been founded there to look after the employees affected by ensuring that they are given advice and training and helped to find new jobs. A solution has therefore been found that will mitigate the social effects on employees. A total of 20 people will continue to work for ZIM in Schwerin. This site, located in the federal state of Mecklenburg-West Pomerania, will now focus on the areas of service, maintenance, pre-development and development support, while repairs and on-site services will still be offered to customers. Most recently, the company moved to a new, smaller hall in the Schwerin area, a relocation that was completed without a hitch.

PLUTA restructuring expert Dr Maximilian Pluta said, “The insolvency plan was very well prepared with the help of all stakeholders, especially key customers, and has now been approved by all creditors. The debtor-in-possession proceedings can therefore be successfully completed within a short period of not even six months.”

Insolvency monitor Mr Martin Mucha from GRUB BRUGGER commented: “It is good news and a positive signal that the restructuring plan submitted by the ZIM Flugsitz GmbH management team has been unanimously approved today by the creditors’ assembly. The company is operating in an industry that has been severely affected by the coronavirus pandemic – more than most other sectors. Nevertheless, I am confident that it has good prospects of a successful future and will take advantage of the ‘second chance’ now offered. This conviction is shared by the owners, who have provided the additional funds required to keep the business running.” 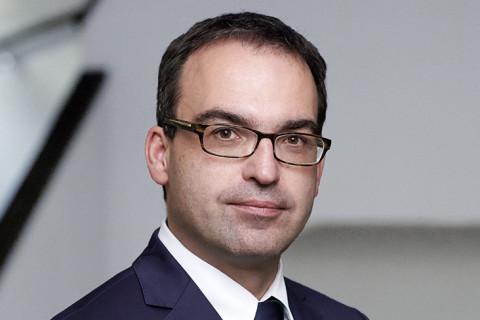