COLOGNE, 18 December 2017. The insolvency plan prepared for matratzen direct AG, which was approved by the creditors on 29 November 2017 and confirmed on that same day by the Local Court of Cologne, has now become final. The company is thus in a position to start into a successful future. On 17 February 2017, the company had filed for so-called “protective shield” proceedings with the objective of undergoing restructuring as a debtor in possession.

The chief executive officer Mr Christian Bayr, who moved to matratzen direct AG from one of their competitors at the beginning of this year, is looking forward to the company’s future with a clear record: “The measures taken started to have a positive effect on the development of sales from the second half of 2017. Both the frequency of customer visits and our sales revenues have developed in a very positive manner, contrary to the market trend. Moreover, we also see continuous positive development in our online shop.

We took best advantage of the opportunities offered by the proceedings and can look to the next business year with confidence. Both the company’s retail outlet and online business are very well prepared for the future. We have optimised our range of products and added the Dunlopillo brand to our portfolio. In the area of digitalisation, our company also made good progress over the past few months and will continue to do so in those to come. Our administrative structures have been realigned during the proceedings so as to be able to provide our sales colleagues with ideal support. In the retail business, we will continue to focus on our core concept with discount stores offering specific expert advice.

We also intend to open up new branch stores in the business year 2018. Now the task is to maintain the positive development of recent months on a sustained basis. Now that the proceedings have been completed, we can once more devote all of our energy to our customers and our success.”

The company was advised by Helbling Business Advisors GmbH and by the law firm LAMBRECHT Partnerschaft von Rechtsanwälten. Arne Przybilla from Helbling said, “The company’s crisis was due to unprofitable branch stores that had been opened in a period of extremely rapid growth. We have now managed to correct this situation with the help of the proceedings.” The insolvency plan has been prepared based on an extensive restructuring plan for the company’s operations, which had been developed prior to and during insolvency by Helbling together with Mr Mirco Rode, a member of the company’s management board. Unfortunately, it had not been possible to implement this restructuring plan completely out of court because an individual bank had surprisingly terminated the business relationship. The insolvency plan, in contrast, capitalised on the options of accelerated implementation offered under insolvency law. “For a company with branch operations, an insolvency plan is an ideal restructuring instrument, which we made use of,” said the responsible attorney, Mr Martin Lambrecht. A total of 79 branch stores, of previously 256, have been shut down during the proceedings and, in parallel, the number of jobs had to be reduced accordingly. The company’s Swiss subsidiary with their 9 branches has also been liquidated.

“The project to restructure matratzen direct AG has been constructively supported by the most important creditors from the outset. I am very happy about this success and about the 400 jobs we could save,” said the court-appointed insolvency monitor Mr Stefan Conrads from PLUTA Rechtsanwalts GmbH, who has been overseeing the proceedings over recent months. 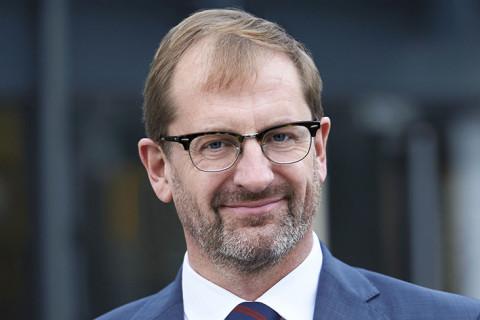