SHW CT in Wasseralfingen to shut down

SHW CT in Wasseralfingen will most probably have to end business operations in the first quarter of 2019. This decision was taken after a unanimous resolution had been passed by the creditors’ assembly with the approval of the insolvency monitor. The reason for this is the lack of interest shown by investors in a takeover and a considerable slump in new orders in the past few weeks. The employees were informed of the imminent closure today during a staff meeting.

The team led by the managing director of SHW CT Marcus Katholing, restructuring expert from PLUTA, have been working non-stop on a solution for the company in the past few days. However, as it turned out, the general conditions for this venture were simply too difficult. During the past few days, the team have held many talks with potential investors, who, however, showed no interest in taking over the company. Many of the customers have stopped placing new orders. Furthermore, a major customer, that accounts for a large part of the revenues, has reduced the order volume significantly. This means that it is no longer possible to continue operations profitably on a long-term basis.

Customers are no longer prepared to bear the increase in the cost of electricity. The background is that energy-intensive industries, such as the die casting industry, are exempt from their proportional share of the costs arising from the Renewable Obligations (RO) scheme. However, this exemption does not apply to crisis-stricken enterprises or companies involved in insolvency proceedings. Therefore, SHW CT has been apportioning the extra costs arising from the RO scheme, equivalent to a price hike of 8 %, to their customers since mid-2017. A new investor would have benefited from being exempt from the RO costs and, understandingly, the customers expected the extra costs to “disappear” in the future.

Production wind-down process in the first quarter of 2019

Business operations will continue in Wasseralfingen in the first quarter of 2019 so that the existing orders can be completed. Unfortunately, the 150 employees in Wasseralfingen will have to be laid off. A compensation package and a social plan will be negotiated with the works council.

Mr Marcus Katholing, Managing Director of SHW CT, commented, “In the past few days, we have spoken to all the major customers. Unfortunately, the reaction was very non-committal and future prospects are very disappointing. Besides the price increase, the fact that the customers have in the meantime found other suppliers to meet their needs may well have played a role in their decision.” Those responsible were aware of the fact that the price increase was a temporary concession by the customers since SHW CT supplies a very high-quality product and commands a very special position in the industry. Nevertheless, the company is not the only supplier, and in the meantime the customers have also looked for opportunities elsewhere in the market. Mr Katholing continued, “This news really hurts. In the past few months, our staff have given their all and showed incredible commitment. The fact that the company now has to be shut down following the unsuccessful sale hurts a lot.”

Surprising change in fortune of the new owner

At the beginning of October 2018, the purchase agreements for selling SHW CT in Wasseralfingen and Machining Technologies in Königsbronn to the private equity firm RMB were signed. However, the closing, i.e. the completion of the transactions with effect from 1 January 2019, did not take place. Those responsible had included a right to withdraw from the agreements valid until the end of 2018, which was exercised at the beginning of December. Withdrawal from the purchase agreements was to the advantage of the creditors.

In July 2017, all three operating SHW Casting Technologies companies as well as the holding had filed for in debtor-in-possession proceedings. Since then, the group has been supported by the restructuring firm PLUTA. The cooperation with the insolvency monitor was very positive.

The insolvency monitor Prof Dr Martin Hörmann from the law firm anchor Rechtsanwälte said, “The debtor-in-possession proceedings went well until October, and all the members of the team showed great commitment. A few weeks ago, it was still unthinkable that the situation would deteriorate to such an extent. I feel very sorry for everybody concerned and in particular for the staff.” 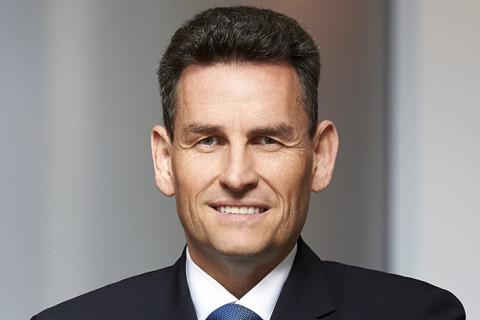