The Local Court of Stuttgart ordered provisional insolvency proceedings to be opened for the assets of ifa Akademie gGmbH on 14 August 2019. Mr Michael Pluta, a restructuring expert from PLUTA Rechtsanwalts GmbH, has been appointed provisional administrator.

Mr Pluta explained, “We have analysed the current situation and decided that the ifa Akademie educational centre will continue to operate. All language courses will be available and customers will also be able to book new courses.” Over the coming weeks, Mr Pluta and his team will hold talks with interested investors. “We want to keep the ifa Akademie’s doors open. For this, we have to find a solution with the owner, the ifa Association, or look for an outside investor,” said insolvency law expert Mr Pluta. PLUTA restructuring expert Dr Matthias Lehr will support the proceedings on site.

Stuttgart-based ifa Akademie offers German courses for students of all levels. The institution also conducts skilled further education and advanced training seminars and courses. Furthermore, it cooperates with the German Federal Foreign Office to provide training for international diplomats. ifa Akademie was spun off from the ifa organisation for international relations as a non-profit limited liability company (gGmbH) in 2016 with the aim of providing German courses and advanced education. It employs ten people as well as almost 40 contracted teachers, who have already been informed about the current situation. The salaries of the employees are guaranteed for a period of three months thanks to what are known as insolvency substitute benefits.

ifa Akademie filed for insolvency due to liquidity problems. According to the managing director, the non-profit company’s market environment had deteriorated in the past. Demand for German courses fell due to the reduction in immigrant and refugee numbers. Given the strong competitive pressure, some providers are offering language courses at very low prices which ifa Akademie cannot match given its commitment to quality. The managing director also stated that ifa Akademie had recently been the victim of hacker attacks which resulted in the ifa website being offline for several weeks. Accordingly, there was a sharp decline in course participant numbers.

ifa Akademie’s financial situation has improved somewhat recently, but management still had to file for insolvency so that it could use insolvency law tools to restructure the non-profit company.

Mr Pluta will now take a close look at the financial situation together with Dr Lehr. “We will examine all areas and get to grips with the figures. It is important that the company can sustain itself and does not generate losses.” ifa Akademie is synonymous with high quality. Its teachers get an online rating of 4.7 out of 5 points. Staff members are highly motivated. 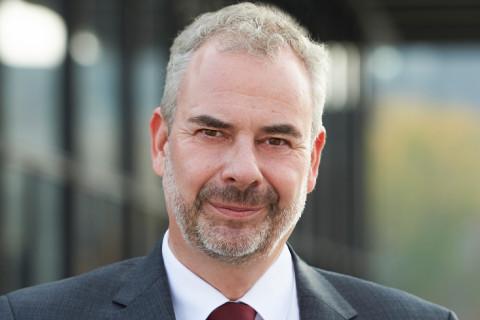