On 22 January 2018, the private equity firm Prolimity Capital Partners based in Ummendorf near Biberach a.d. Riss acquired the business of the WOCHENBLATT publishing house in Ravensburg and will preserve the company in order to operate it under the name of “Unabhängiges WOCHENBLATT GmbH” in future; its headquarters will remain in Ravensburg.

The WOCHENBLATT paper with more than 500,000 readers every week, which has been in existence for 45 years, was intended to be discontinued on the basis of a decision taken by the previous owner in November 2017 and, as a result of this, became insolvent. Since then, in parallel to pursuing the company’s liquidation and producing the weekly issues until mid-December, the court-appointed insolvency administrators Mr Michael Wahl and Mr Reinhard Wünsch from PLUTA Rechtsanwalts GmbH have been trying to find an investor.

Mr Sven Jetter, who has headed the WOCHENBLATT’s sales activities for many years, has assumed the responsibility for managing the independent company together with Mr Christoph Fluhr, Managing Partner of Prolimity, with immediate effect. “Our customers are happy that the WOCHENBLATT paper will continue to exist and will thus ensure sound competition in the regional market for printed advertisements and advertising inserts. Many partners have already promised us that they will be pleased to cooperate with us as before. The next WOCHENBLATT issue is going to appear on 1 February, and preparations are running at full speed,” commented Mr Jetter.

“The preservation of the WOCHENBLATT gives us the opportunity to redevelop a company, which has been successful over many years, as an independent media house. The readers and customers appreciate the credibility and editorial quality of the WOCHENBLATT as well as its strong focus on the region,” explained Mr Christoph Fluhr from Prolimity.

“We are pleased about the fact that we have found a long-term solution for the WOCHENBLATT, with good prospects for the future – a success that crowns our efforts,” said the insolvency administrator Mr Michael Wahl. Mr Reinhard Wünsch, his colleague at PLUTA, added: “The general conditions were quite difficult as, initially, it had been decided to shut down the company, even before filing for insolvency. Now, we are saving more than 70 jobs in the publishing, editorial and technical areas, and the roughly 1,300 deliverers can again be given their previous work.”

In the process of concluding the transaction, Prolimity was advised by Dr Jörg Rhiel and Dr Andreas Dietzel, who acted in their capacity as partner and of counsel of Clifford Chance (Frankfurt).

The publishing house had to file for insolvency at the beginning of December after the owner had decided to cease business operations at short notice and to proceed to liquidation. However, when drawing up the liquidation plan, the managing director realised that ceasing business operations would result in a shortfall of funds in the financial year 2018, which meant that it was inevitable to file for insolvency. The PLUTA restructuring experts managed to maintain the business during December and, ultimately, to successfully complete the process of searching for an investor.

About WOCHENBLATT
The WOCHENBLATT, which includes regional reports and details about forthcoming events, has been delivered free each Thursday over the last 45 years. More than 500,000 readers in the Lake Constance District, the Allgäu Region and the Schussen River Valley, and even in Biberach, Saulgau, Riedlingen and Tuttlingen, relied on the paper’s editorial quality, its proximity to local politics and economy and above all its independence and credibility. The WOCHENBLATT has a large base of long-standing customers for printed advertisements and advertising inserts in all sectors and regions.

About Prolimity Capital Partners
Prolimity Capital Partners is a consultancy and private equity firm which is active for SMEs in the German-speaking region and focuses on companies in special situations (e.g. spin-offs from groups, post merger integrations, turnarounds, insolvencies). With their long years of experience in transforming companies and with their skills as a proactive investor following an entrepreneurial approach, Prolimity succeeds in creating added value for their clients and companies by realigning them strategically and by providing them with intensive operational support in implementing measures to improve profits on a sustained basis. 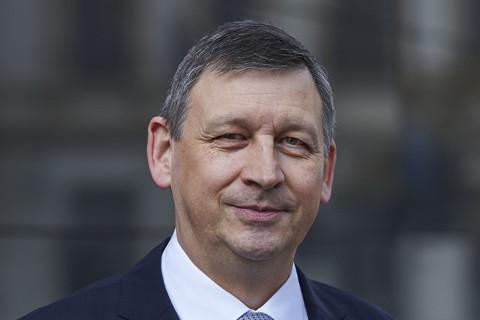