The insolvency administrator Mr Stefan Kahnt from PLUTA Rechtsanwalts GmbH has succeeded in finding an investor for the bakery Gellertstadt Bäckerei GmbH. After maintaining business operations for three months, he sold the business to Ralf Groschupf GmbH, a bakery and confectionary with roots in the region, with effect from 1 October 2016. The corresponding contract has already been signed.

A total of 14 branches, mostly supraregional, in Hainichen, Mittweida, Limbach-Oberfrohna, Chemnitz, Dresden, Bannewitz near Dresden, Radebeul, Meißen and Waldheim will be taken over. 65 employees of Gellertstadt Bakery will be kept on and their jobs will be secure.

Stefan Kahnt from PLUTA explains: “The tireless efforts of everybody concerned have paid off. My special thanks go to the bakery’s staff. I am delighted to say that we have been able to find a forward-looking solution for the bakery.”

The insolvency administrator is currently working intensively on solutions for a further five branches in Altenberg, Bürgel, Glashütte and Leipzig (two branches) in order to ensure a smooth transition. Negotiations are still ongoing here, but they are expected to be completed in the near future. The branches in Stadtroda and Eisenberg had to be closed.

Thanks to this transaction, the majority of the existing branches have been saved. For the purchaser, this acquisition is a sensible addition to its existing eleven branches, all of which are located in Chemnitz.

The bakery and confectionary Ralf Groschupf GmbH is a sizable family business, which has been run by the entrepreneur Ralf Groschupf since 1987. Currently, the company has a staff of 69 employees. The present acquisition means that the business location in Hainichen is also secure, as the headquarters of Ralf Groschupf GmbH will in future be located there. The reason for moving the headquarters is that the Bornaer Straße site in Chemnitz has reached its capacity limits with respect to production and logistics. Production conditions are far better in Hainichen thanks to the size and location of the facility.

Ralf Groschupf GmbH is defined by high-quality workmanship, meticulous production and a wider product range than Gellertstadt Bakery had on offer. This means a broad and, in some parts, seasonally varying range of baked goods can be offered to the customers, products which are aimed at being fresh (delivered up to three times a day) and high quality.

Mr Kahnt was supported by his PLUTA colleagues Ute Sambale and the attorney Claudia Junghannß as well as the interim manager Enrico Noack from the business consulting company SHP-Unternehmensberatung GmbH.

The process of finding an investor was monitored by InsoConsult, a Munich-based consulting firm specialising in distressed M&A transactions. The bakery and confectionary Ralf Groschupf GmbH was advised by the management consultant Thomas Schubert from Annaberg-Buchholz in Saxony. 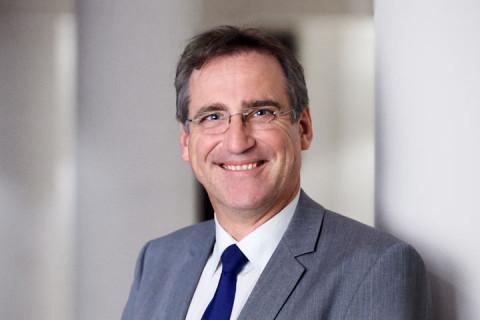