The drop forging company Suhler Gesenkschmiede und Bearbeitungswerk GmbH was sold to Ralf Welt, a successful entrepreneur from the Ostalb district, on 15 March. All of the 23 members of staff were kept on by the new owner, and the company’s name will also be preserved. The parties have agreed to maintain confidentiality on the purchase price.

The traditional company from Suhl in Thuringia has been going through a restructuring process as part of debtor-in-possession proceedings for almost one year. Mr Jochen Glück from PLUTA Rechtsanwalts GmbH, who managed the proceedings in his function as the company’s managing director, explained: “A sales transaction is the ideal solution for both the company and the staff. This result is only possible because everybody concerned made their contribution.” The solution achieved will also be of benefit to the creditors – they can expect a recovery rate of approximately 90%.

Mr Lutz Fetting, who was the managing director of Suhler Gesenkschmiede until 2012, will take an equity interest in the new company as a silent partner. It was only thanks to the mutual commitment shown by Ralf Welt and Lutz Fetting that it was possible at all to implement an investor solution. Helmut Fetting, who had taken over the company in 1989, waived his entitlement to a pension in the interests of the company, which means that the new firm can start business operations without any old liabilities.

Previously the insolvency monitor Klaus Siemon and the members of the creditors’ assembly had given their unanimous approval to the investor solution. The collaboration with the insolvency monitor was excellent and an important factor behind ensuring that the site and the jobs stayed in Suhl. Special mention must be made of the good collaboration with the Local Court of Meiningen.

“I am delighted that we succeeded in saving all the jobs. The efforts made in the past few months have been worthwhile, explained Mr Siemon.

The restructuring expert Mr Jochen Glück commented: “Thanks to the owner’s experience, the company now has very good prospects for the future. Moreover, it will benefit from the involvement of Lutz Fetting, who is very well known in the industry.”

The Thuringia-based company manufactures steel forging parts and has a workforce of 23 employees. In May 2015, Suhler Gesenkschmiede und Bearbeitungswerk GmbH had filed an application for restructuring proceedings as debtor in possession with the Local Court of Meiningen. Following the three-month application process, the Local Court opened proceedings on 1 August 2015, ordered debtor-in-possession management and appointed the attorney Klaus Siemon as the insolvency monitor to oversee the proceedings.

In the past months, the PLUTA team have forged on with the restructuring of the company on a sustained basis and implemented the necessary measures for an operational turnaround. The PLUTA restructuring experts succeeded in devising a convincing overall concept in spite of adverse underlying conditions. In September 2015, business operations were brought to a temporary standstill on account of technical difficulties. The restructuring experts showed a high level of commitment as they worked on an interim solution so that business operations could be continued. The team made significant investments and decided in favour of constructing a new transformer station. These measures ensured that the company could first of all be restructured and then sold.

The members of the PLUTA staff involved in the restructuring measures were Mr Jochen Glück, graduate in Business Management, Dr Maximilian Pluta, graduate in Law and Business Management, the attorney Dr Christoph Keller as well as the MBA and attorney Mr Christoph Wagner. In addition to the attorney Klaus Siemon, who acted as the insolvency monitor, members of the Siemon Insolvenzmanagement staff involved in the restructuring were the attorneys Mr Thomas Jahn and Ms Maria Hohmann.

Debtor-in-possession management is a special type of proceedings which aim at preserving companies in crisis situations. It involves judicial restructuring proceedings without an insolvency administrator, where the previous managers are allowed to steer the company through the crisis themselves, supervised by a custodian and generally supported by a restructuring expert with relevant experience in this field. The first steps are preliminary proceedings of typically two to three months, in which the court and the creditors may examine if this form is justified. In the trial proceedings which then follow, there is no longer any deadline. As a rule, following the successful restructuring of a company, it comes out of proceedings based on an insolvency plan (a settlement with creditors) or an investor solution. 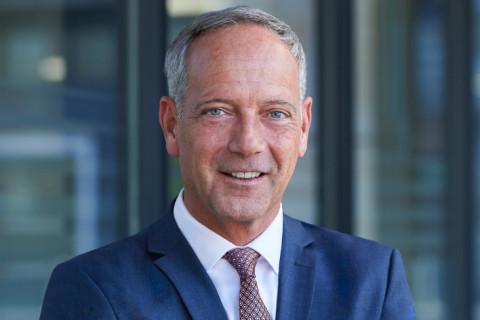