The restructuring expert Mr Patrick Meyerle from PLUTA Rechtsanwalts GmbH succeeded in finding an investor for Brandspaces GmbH based in Fürth. The well-known Holtmann Group acquired business operations with effect from 1 June 2019 as part of an asset transfer.

The purchase agreement has already been signed by the persons responsible. The business operations of the exhibition supplier have been continued without any restrictions since the application was filed in March. “Customers and suppliers have remained loyal to the company during the proceedings. That cannot be taken for granted,” explained the PLUTA restructuring expert Mr Meyerle. His team also includes the attorney Mr Daniel Barth.

The transaction with the investor was implemented with the help of advisory services provided by Dr Michael Saatmann, Managing Director of Intrion Gesellschaft für Managementberatung mbH. The negotiations were very complex because Brandspaces’ predecessor had already been involved in insolvency proceedings. “At the start we negotiated with several potential investors. However, it quickly became apparent that the Holtmann Group, with its expertise in exhibition stand construction, was the ideal partner in terms of a sustainable long-term solution for the creditors, customers and employees,” explained the M&A expert Dr Saatmann.

The investor is a well-known stand builder

Holtmann Messe + Event has almost 70 years of experience, making it one of the oldest exhibition suppliers in the sector. Walter and Wilhelm Holtmann founded the company in Hanover following World War II. In recent years, the Holtmann Group has achieved an annual turnover of 30 to 35 million euros and currently has a workforce of 135 employees. In addition to trade fair stands, the company also creates shops, branded stores, roadshows, pop-up stores, temporary construction projects, pavilions at sports events and world exhibitions as well as museum installations under their three brands of Holtmann Messe + Event, EXPOMONDO and :mesomondo.

“We are delighted to be able to implement our strategic market orientation with the experts from the former Brandspaces GmbH at the Nuremberg site, and in so doing get even closer to our customers. We regard this acquisition as a perfect addition to expand our business, which will strengthen the Holtmann brand in the south of Germany and provide the team with a clear perspective. This means that the Nuremberg site will now have all options for stable growth in the field of high-quality trade fair concepts, event creation and interior design projects,” said Mr Jörg Zeißig, Managing Director of Holtmann GmbH & Co. KG.

The Local Court of Fürth opened the proceedings and appointed Mr Meyerle as the insolvency administrator with its decision of 1 June 2019. Previously, the restructuring expert had acted as the provisional administrator of the company. The PLUTA attorney Mr Meyerle is a very experienced administrator. He previously found, for example, an investor for the Fürth-based toy maker Ferdinand Bethäuser, which is known by the brand name FERBEDO. 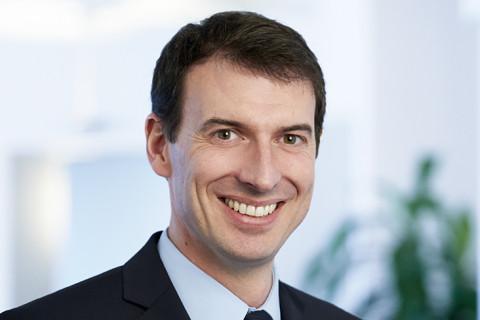