Insolvency administrator Mr Ilkin Bananyarli from the restructuring company PLUTA has succeeded in finding a solution for Gewa Tower following a long series of negotiations with various investors. CG Gruppe AG, which operates throughout Germany, has now taken over Gewa Tower in Fellbach. The corresponding purchase agreement was signed this morning. The investor and Mr Bananyarli agreed not to disclose any details concerning the terms and conditions of the transaction.

In the past months, the administrator has held numerous talks with all the parties involved in the proceedings. Mr Ilkin Bananyarli from PLUTA Rechtsanwalts GmbH explained, “The proceedings were time-consuming, but our endurance was well worthwhile. I am delighted about the successful sale. This is the best solution possible for the creditors, for the flat buyers and for Fellbach. Everybody involved has cooperated very well.” Special mention should be made to the good collaboration with the representative of the bond creditors, Mr Gustav Meyer zu Schwabedissen.

The Stuttgart branch office of CG Gruppe AG developed a new utilisation concept called “SLT 107 Schwabenlandtower” under the direction of Mr George Moutoulis. The number in the acronym “SLT 107” stands for the height of the impressive building. Instead of the previously planned 66 condominiums, 192 compact apartments are now being created on a floor space of approx. 10,500 m² and added to the rental market. The adjacent hotel building will offer 164 rooms of a 3+ star standard in an area of just over 4,000 m² following the addition of a further storey. Furthermore, a corresponding mobility concept will be developed with the town council for the surrounding area. Experience gained from the construction of more than 1,000 apartments shows that, in times of car sharing and growing use of public transport, tenants’ demand for parking spaces has already gone down by approximately 50%.

Mr Christoph Gröner, Chairmen of the Management Board of CG Gruppe AG, is delighted, “With this new project, we can now create urgently needed living space in the Stuttgart region in addition to the Carré in the city centre of Böblingen, thanks to today’s acquisition. Schwabenlandtower will be adapted precisely to the needs of an economically strong location like Fellbach in the immediate vicinity of a large number of major companies with thousands of employees.”

The first step will be to carry out various safety measures at the construction site. The renowned architecture office Wolf Architekten/Ingenieure is already turning the current drafts into a concrete building plan. The transformation of the building will probably begin in spring 2019. As the leading German project developer for the construction of rental accommodation, CG Gruppe AG is already building further blocks of flats in Berlin, Frankfurt and Düsseldorf.

Mr Gustav Meyer zu Schwabedissen, the representative of the bond creditors, is also satisfied, “The offer made by CG Gruppe AG will ensure that the recovery rate for the creditors will be quite a bit higher than what seemed realistic at the beginning of the restructuring negotiations. This means that the alternative, our continuing construction work on the Gewa Tower, no longer has to be contemplated. At the end of the day, the persistent commitment shown by the insolvency administrator Mr Bananyarli paid off. The extensive authorisation granted by the creditors also turned out to be very useful. This enabled me, in consultation with the advisory board established by the creditors, prompt and unproblematic approval of the sale of the property. I am glad that I was able to pay back the trust placed in me.”

The Mayoress of Fellbach, Ms Gabriele Zull, said, “We are delighted to see that Gewa Tower will have a viable future with CG Gruppe AG. The concept of rental accommodation will somewhat relieve the tense situation on the housing market and is just right for today’s situation. The sustained approach of bringing together accommodation and mobility clearly points the way to a more comprehensive understanding of traffic in future. The town council is very keen to see the building completed.”

Yesterday, on 27 September 2018, the Local Court of Esslingen also opened the insolvency proceedings and appointed Mr Ilkin Bananyarli from PLUTA Rechtsanwalts GmbH as the administrator. Until then, the proceedings had been provisional after GEWA 5 to 1 GmbH & Co. KG had had to file for insolvency in November 2016 with Mr Bananyarli acting as the provisional administrator. GEWA 5 to 1 GmbH & Co. KG is a project company responsible for building the Gewa Tower, the structural shell of which was completed in October 2016. When completed, the 107-metre-high tower should be the third highest residential block in Germany. The company had issued an SME bond in 2014 to finance the project. The bond is secured by a land charge, which means that the bond creditors will be given priority in the insolvency proceedings.

Mr Ilkin Bananyarli has extensive experience in the area of insolvent real estate project companies. He was the insolvency administrator of several companies in the Stuttgart-based Häussler Group, which filed for insolvency in 2011. 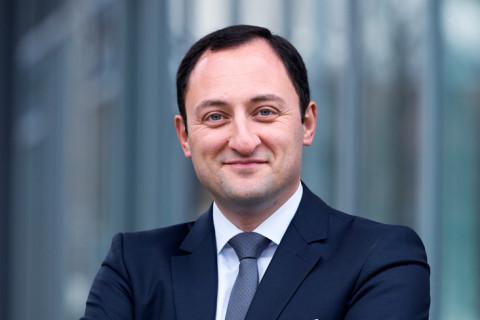