Today, the report meeting of GERRY WEBER took place in line with the ongoing proceedings of GERRY WEBER International AG. The mandatory assembly is part of every self-administration proceeding, aimed at finding a resolution by the creditors on the position of trustee, the appointment and allocation of members of the committee of creditors, as well as its continuation. Further, participants are being informed about the current state of the proceedings.

Within the scope of the meeting, the creditor’s assembly has confirmed self-administration of GERRY WEBER in the ongoing insolvency proceedings, opened on 1 April 2019.

Further, the creditor’s assembly has confirmed lawyer Stefan Meyer of PLUTA Rechtsanwalts GmbH as trustee for the further proceedings. Previously, Meyer was already appointed provisional trustee as of the application for preliminary insolvency proceedings by the clothing company and has been appointed trustee at the opening of the insolvency proceedings under self-administration. Furthermore, the composition of the committee of creditors was enlarged from seven to ten members. All initial members of the committee were affirmed by the creditor’s assembly. Due to the ongoing development of the proceedings, further three representatives of the promissory note holders were appointed to the committee increasing the number of its representatives to five in total. With this decision, the Managing Board, complemented by Chief Representative Dr. Christian Gerloff, retains its right of administration and disposition under supervision by the trustee for the ongoing proceedings.

Progress report by Managing Board and Trustee

At the beginning of today’s meeting, the Managing Board and Chief Representative Dr. Christian Gerloff reported on the ongoing operations, the implementation of the restructuring measures as well as the current state of the investor process at GERRY WEBER International AG. Hereafter, Stefan Meyer, court-appointed trustee, informed the creditors extensively about progress and developments in the ongoing insolvency proceedings. He is tasked with supporting the company throughout the entire proceedings and assisting the restructuring process, while particularly preserving the interests of the creditors. GERRY WEBER International AG has a total of about 1,500 creditors, who have lodged claims of around €275 mn. Based on the represented claims, the majority of creditors participated in today’s meeting.

„With the confirmation by the committee of creditors, we have further launched a professional and structured M&A process in search of a suitable investor”, explained PLUTA restructuring expert Meyer the progress of the past weeks. The investment bank Macquarie was tasked with supporting and implementing the investor process. GERRY WEBER has received several indicative offers by potential investors. These currently non-binding purchase offers will be thoroughly evaluated and further negotiated throughout the upcoming weeks. Through the course of June 2019, binding offers by the investors are expected.

Simultaneously, the company is working on a restructuring solution based on an insolvency plan, which would retain the legal entity of GERRY WEBER International AG. A combination of both restructuring scenarios, participation of one or more investors while implementing the insolvency plan, is also possible and feasible. “We will compare both developed solutions – an M&A process as well as the insolvency plan. All offers will be thoroughly evaluated before entering into the debate with the committee of creditors on the decision, which solution to implement”, PLUTA lawyer and Trustee Meyer further lined out. “We are required to implement the best option for the creditors. The highest goal of an insolvency proceeding, which equally always applies to proceedings under self-administration, is the optimal and best possible satisfaction of the creditors”, the Trustee continued. As stated before, a decision on the future path of GERRY WEBER Group shall be reached in June 2019. The implementation of the approved solution shall be finalized by the end of 2019.

Scheduled closure of stores under preparation in line with restructuring

After an intensive business analysis of the store portfolio, the company started with the implementation of the announced clean-up of its German retail business. After informing employees of the concerned stores throughout the past few days, the scheduled store closures, which are an integral part of the ongoing restructuring of GERRY WEBER Group, will be carried out until end of November 2019.

Due to the closure of 146 stores and sales spaces in Germany, positions equivalent to 330 FTE will be made redundant in Germany. Store closures are carried out in three phases on 30 September, 31 October and 30 November of this year, besides other factors to provide best possible product distribution and availability. Employees concerned will be made redundant correspondingly in three phases on basis of still to be finalized compensation agreements and redundancy schemes. The Managing Board is already in far-advanced and constructive negotiations with the works council and its legal advisors. The affected employees are almost exclusively employed by GERRY WEBER Retail GmbH & Co. KG, a 100% subsidiary of GERRY WEBER International AG. The report meeting as part of the self-administration proceedings on the assets of GERRY WEBER Retail GmbH & Co. KG takes place on 25 June 2019, also at Stadthalle Bielefeld.

With regards to the also necessary streamlining of the headquarters in Halle and the present overhead functions, and within the scope of the ongoing proceedings surrounding GERRY WEBER International AG, the Managing Board and workers representatives found agreement on compensation and redundancy schemes for this segment already in April 2019. This affects around 140 FTE, as this particular reduction of staff has already mostly been implemented.

Both in the retail as well as the wholesale segment, sales of GERRY WEBER Core brands performed widely according to plan in the new financial year 2018/19 (ending 31 October) up to and including mid-May 2019.

Within the frame of the ongoing restructuring of GERRY WEBER Group, product development and product management have been substantially adjusted since Summer 2018. In the product development, a “Go-to-Market” concept was implemented, which increases customer and market proximity. Since then, for instance, GERRY WEBER employs a web-based “360-degree Product Performance Panel”, utilizing representative market feedback to allow for a continuous and timely adjustment of the product and category strategy. Further, due to the newly structured work processes, collection planning has become more efficient and at the same time more closely focused on customer demand. Consequently, the Group has substantially increased accuracy of its collections, while significantly reducing their complexity. As intended, the implemented measures resulted in brand rejuvenation and a stronger differentiation between Group brands. The new collections, which were very well perceived by wholesale business partners by a better than planned (pre-)order phase in the past months, will also be sold in own retail spaces in the upcoming months.

“Since Fall last year, we see the success of our operational business. In the retail segment we have made very good progress in the past months”, explained Johannes Ehling, Spokesman of the Managing Board of GERRY WEBER International AG and continued: “In the retail segment we improved our gross profit margin substantially compared to the previous year and are even slightly above budget. This success is a great motivation for our entire team. At the same time, we keep our promise to our customers to reliably maintain the good quality and fit of GERRY WEBER in the new collections. This is well perceived.”

Background
Since 25 January 2019, GERRY WEBER International AG undergoes insolvency proceedings under self-administration. Proceedings were opened on 1 April 2019. At the subsidiary GERRY WEBER Retail GmbH & Co. KG, insolvency proceedings under self-administration were opened on 1 May 2019. In both cases, the respective court appointed lawyer Stefan Meyer of PLUTA Rechtsanwalts GmbH as trustee. The Managing Board of GERRY WEBER International AG, consisting of Johannes Ehling (Spokesman of the Supervisory Board as well as Chief Sales Officer and Chief Digital Officer), Florian Frank (Chief Restructuring Officer) and Urun Gursu (Chief Product Officer) are supported by Chief Representative Dr. Christian Gerloff, a lawyer well-versed in the fashion industry. Regardless of the ongoing insolvency proceedings, financing of the ongoing operations of GERRY WEBER is secured well into the year 2020. 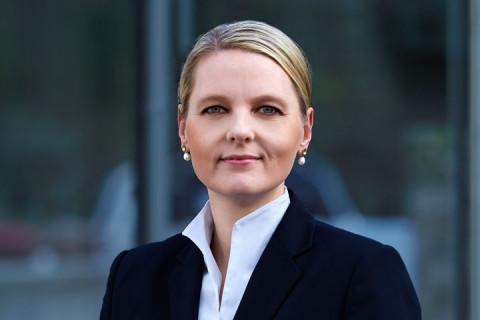 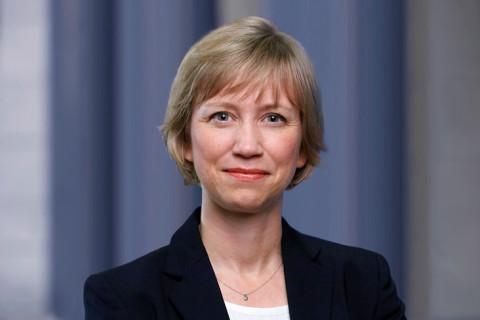